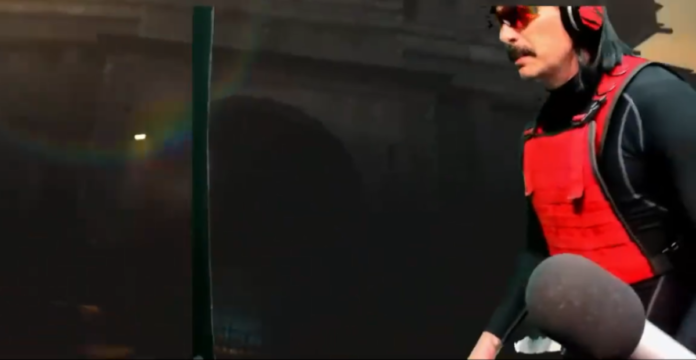 Dr Disrespect reignites the aim assist debate by raging after getting killed by 100 Thieves Tommey, who he thought was on a controller, in a $150,000 Warzone event qualifier…causing Nickmercs and the controller gang to fire back.

It was a rough day for Dr Disrespect in the Last Dance in Verdansk qualifier in Warzone…not only did he and partner TimTheTatman get killed by in game glitch in one match, but Doc got so furious after seeing the aim assist that killed him in action he literally punched his streaming set up in anger.

Doc raged on stream multiple times about how unfair it was to give Warzone and Call of Duty pros aim assist on controller, but when Dr Disrespect took to Twitter to say that his $300,000 PC does nothing against aim assist, Nickmercs told him to just play on controller instead then, and called him a p***y

Dr Disrespect and Nickmercs have gotten into the aim assist on controller debate before, and Doc has actually done entire Warzone streams on controller since, doing pretty well when the aim assist was on his side. But as these two keep butting heads over aim assist and crossplay, the question becomes what team are you on: Keyboard and Mouse or Controller Gang?

Jake Paul v Conor McGregor Is ON… on One Condition!